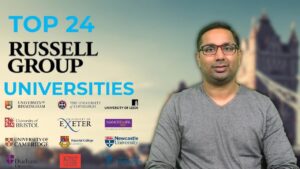 The University College London is a higher education public research institution based in London, United Kingdom. It is a member college of the federal University of London. It is the second-biggest university in the United Kingdom by overall enrollment and the largest by postgraduate enrollment. With the freedom to challenge, inquire, and think differently, UCL is a varied community. Its group strives for academic achievement, pushes boundaries, and positively influences issues and real-world issues. UCL was the first university that began in London, the first in England to be entirely secular, and the first to accept students of any religion. It came into existence in 1826 as London University and was begun by founders who were motivated by the radical principles of Jeremy Bentham.

Coming in at 16th out of the top 50 universities worldwide is amazing for the UCL ranking. According to the UK rankings, it maintains a highly coveted 4th place in the country. Also, it ranks 8th in the University College London QS world ranking. A good number of applicants get admission into the university due to the 48% University College London acceptance rate. In the most recent Research Excellence Framework, it was ranked as the best institution in the UK for research strength. Its previous employees and students have produced 30 Nobel laureates. Since the awards program started, the university has been the winner in each decade.

It encourages the community to collaborate across traditional academic boundaries by providing more than 408 University College London undergraduate courses and 675 postgraduate teaching, research, and initial teacher education programs in several areas. Since it uses a research-based teaching approach, many of our degrees include research components, giving students the chance to contribute significantly to their field of study. Over 100 departments, institutes, and research centers make up the 11 constituent faculties that makeup UCL. The Petrie Museum of Egyptian Archaeology and the Grant Museum of Zoology and Comparative Anatomy are two examples of the numerous museums and collections that UCL oversees. It also manages the annual Orwell Prize in Political Writing. With the help of university college London scholarships, several students can earn a respectable degree in the UK at a low cost. Further information about the University College London fees for international students is available on the website.

Following are the popular courses at the University